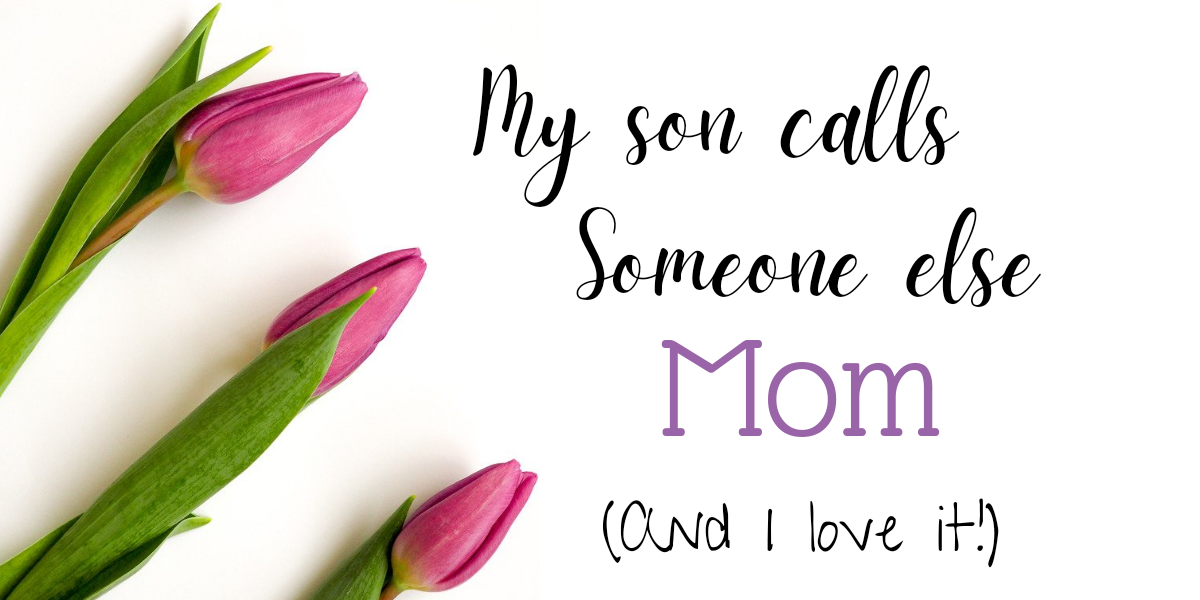 My son’s father and I divorced when he was 1.

He got his step mom when he was 2.

He started calling her mom when he was 3.

People used to ask me how I could stand for my child calling another woman mom. Actually, some still do.

When we got a divorce, I knew this meant I would be away from my child. There would be days he would wake up and go to sleep without seeing my face and that fact shattered my heart. That was not the idea of motherhood I signed up for nor was it the kind of childhood I had imagined for him from before I even knew of his existence.

When he first started calling someone else mom, it stung. It stung deep. I was worried I would be replaced or he would end up confused. I hated the idea that someone else could possibly be equal to me in his eyes; I just wanted to be the greatest human he’d ever met (let’s be real, I still do).

It wasn’t until he was 4 and we could have an actual conversation about titles, right around when he wanted to call his step-dad “dad”, that it all made sense.

He hadn’t been calling her mom because he had no faith in me, he had been calling her mom because it felt normal. When he was there and the other kids said it, he could too. He could blend in and not feel weird; he just wanted to have a “normal” life. He also found comfort in her. He knew she wasn’t me, I was his favorite, but having a mom when he was away from me made it better for him.

He told me about games she played, parks they went to, and things they did. He smiled and giggled sharing funny stories that had made him happy. He said she was nice and she loved him. He said he loved her too – if that was ok with me.

In that moment, the clouds parted and I understood how lucky I was to have her in my son’s life. She wasn’t there to replace me, she was there to love him when I couldn’t. Though we had never really met, we were silent teammates in the loving of this boy. Two women, on opposite ends of the spectrum, loving and guiding a small boy. He was the one I gave birth to, the one she signed up for, and he loved us both.

I realized how lucky I was that he called her mom. He wanted to call her mom. That meant he felt her warmth and love wrapping him up when I could not. He knew she would make sure he had breakfast and make dinners he liked. She would play games, go to the park, and be silly with him during his time away from me. I may not have seen him every day, but he laid his head down every night knowing a woman who would keep him safe and loved him was just down the hallway. Always. No matter which house he was at.

So, no. I had no problem with my son calling another woman mom. Fourteen years after he first met her, she is no longer his step mom on paper, but she is still his mom. She loves him, she has seen his ups and downs, helped him when he was sick, and is still in his corner to this day. I have no doubt she will be there for him forever, either. I’m not hurt at all he calls her mom, in fact, I’m grateful he does. Kids need all the love they can get.

He found a soul that loved him purely and forever, which is what motherhood is really all about. It has nothing to do with a bloodline or what a piece of paper says. Motherhood is about love, dedication, tough love, and hopeless optimism for a child’s life. It comes from moms, but sometimes from other people our children are blessed to come across in life. It’s a gift to know your child is loved like you love them when you are not around.

I’ll never be replaced, neither will you, but knowing your child is loved brings a peace unlike any other.

Happy Mother’s Day to everyone. The moms, step moms, bonus mom, grandmas, aunts, cousins, best friends, teachers, neighbors, and anyone else who steps up to lovingly guide a child through the complexities of life. When they’re scared, lonely, and can’t be by their mom – you are a gift from God.

Thank you to everyone who is part of my kids’ mom tribes – especially Ben’s other mom.

One thought on “My Son Calls Someone Else Mom…and I love it!”